“Being a dentist has not only enabled me to improve people’s smiles and give them a better quality of life, but it has enabled me to make long lasting connections with patients. Our patients are like family and we treasure each and every one of them. When they visit us, it’s like having friends over. I wouldn’t trade that for any other profession in the world.” Dr. Martino 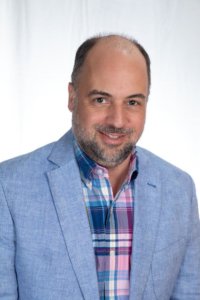 Dr. Martino received his undergraduate Bachelor of Arts degree from NYU in 1992 where he majored in English and minored in both the Classics and pre-medical studies. Dr. Martino received his DDS from Columbia University School of Dental and Oral Surgery in 1996 where he graduated with top honors and was inducted into the national academic association Omicron Kappa Upsilon.

While a student at Columbia, Dr. Martino was awarded an academic scholarship from the United States Navy. He began his role as a US Navy dentist upon graduation, attending Officer Indoctrination School in Newport, RI before reporting for duty at Navy Submarine Base Kings Bay in Georgia. Following this duty station, Dr. Martino became the Dental Officer aboard the USS DETROIT (AOE-4) where he served 2 years as the sole dentist aboard the ship. During this time, the ship did tours of duty throughout the Atlantic and spent six months on deployment to the Mediterranean Sea and the Persian Gulf participating in Operation Desert Fox and Operation Southern Watch with the USS ENTERPRISE (CVN-65) Battle Group. Dr. Martino also serves on the Admissions Committee of the Columbia University College of Dental Medicine. He has owned his practice in Clark since 1999 and has built a welcoming family practice focused solely on his patients’ dental health and well-being. He provides expert treatment in various areas of dentistry and approaches his work with care, compassion, skill and professionalism.

It is important to Dr. Martino to stay educated and informed on all current advances and trends in dentistry. He attends monthly seminars to stay on top of these cutting edge advances and trends in the profession. Outside of the office Dr. Martino enjoys spending time with his wife Jean, and his two children. His other interests include playing the piano, photography, traveling, skiing and attending Yankees games. Dr. Martino loves to travel to Disney World with his family and is the resident Disney expert in the office. So next time you visit, be sure to pick his brain about all things Disney!

New Patients
About Us
Go to Top
Skip to content